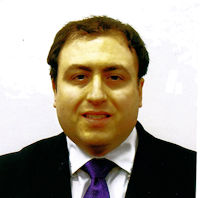 Hello, I am Joseph Capece, and have been a Travel Consultant since 2004 and joined Chester County Travel in January 2016.

I just recently completed my first South African Safari in September 2015 and it was truly one of my most memorable trips and I have spent hours talking about the destination to clients and friends.

I also specialize in premium air and can assist you with finding the best airline for your travel needs whether it is economy, premium economy, business, or first class. I have flown on the following airlines: Aer Lingus, Air Berlin, Air Canada, Air France, Alitalia, American, British Airways, Continental, Delta, Etihad, Lufthansa, Niki Air, Qantas, Southwest, United, US Airways, and Virgin Atlantic.

I look forward to assisting you plan your next vacation. I can be reached at our office number of 610-363-2060 or by email at This email address is being protected from spambots. You need JavaScript enabled to view it.